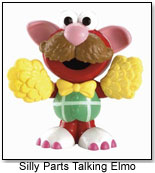 Technology – everything from computers to appliances that talk to me to my children’s toys – has always intimidated me. My daughters have Juice Box (Mattel), a toy whose many uses – as a VCR, MP3 player, and photo album – defy its tiny size. My toddler plays with Silly Parts Talking Elmo (Fisher-Price), a funny fellow who magically knows if you have disguised him with an elephant trunk or chicken wings.

But as I’ve watched these electronic amazements, I’ve noticed something else: High-tech toys are often single-player toys. Even toys that allow for more than one player like Nintendo DS don’t encourage true interactive play. 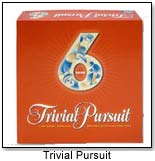 That’s why I’m glad that our home is also full of a plenitude of board games, playthings that the experts describe as low-tech and I describe as relationship-friendly. Some are identical to the ones gathering dust in my mom’s basement: Candyland, Monopoly, Parcheesi. Others are “new and improved’ to catch the attention of our newest generation: the Harry Potter version of Clue and the Disney version of Trivial Pursuit.

Along with a good time, these board games still offer their players the same things they did decades ago. Some of the lessons are simple: counting, color recognition, and that all-important skill, taking turns. As the children become older and the games become more complex, they learn to plan ahead, to anticipate others’ moves, and to be a good loser (and winner).

While my children were throwing the dice and learning so many lessons that will serve them well in life, I was learning too. It was during a quick game of Mancala during breakfast that I learned that my 10-year-old daughter’s seatmate had begun to perform whispered, but still distracting, imitations of Ozzy Osbourne (complete with colorful language) during math class. Scrabble taught me that my older daughter suddenly found herself involved in a “sing to the death” fight for the lead in the school musical. And she was worried that being the winner might make her a loser as far as friends were concerned.

Who knows what makes the board game such an ideal place for confidences? Perhaps it’s the slower pace that the movement of a game piece requires or the focus on just one or two people to the exclusion of the dirty laundry, the work deadlines, and the ringing telephone.

Games also offer me a chance to say the things I never have a chance to say while life is rushing along past us. “I’m proud that you’re not arguing with your sister as much. I think you really worked hard on your history project. It’s a big help now that you started to straighten your room every (almost) morning before school.”

As my girls become older and their lives more complex, I’ve tried to stifle the tempting urge to say “no time” when they ask to play a game after supper. Instead, I’m dragging out the battered boxes and counting out the play money. You never know what you’re going to learn about someone when they land on Park Place.