If China were to stop producing toys right now, the toy industry as we know it would cease to exist. Bob Eckert, chairman and CEO of Mattel, the biggest toy company in the world, says 70 to 80 percent OF ALL TOYS are manufactured in China. "And at this time, Mattel is not looking to make a move out.” Because they can´t. Tom Conley, president of the Toy Industry Association, puts it even more in perspective: "Quite frankly, if someone pulled the plug on China right now, we would be in a dastardly mess, but so would a lot of other industries." 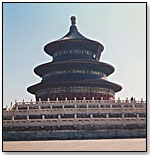 The New York Times reports that businesses have suffered because top-selling products were duplicated by lower-cost manufacturers in China for Wal-Mart. Intellectual property violations run rampant in China, and foreign manufacturers are "scared to death" to market there, afraid they´ll be knocked-off.

Chinese manufacturers are not complying with their own labor laws, and some are even using "slave labor" in the form of convict made goods. House of Representatives bill 2195 is trying to put $2 million dollars into the hands of the U.S. Customs service in order to check the influx of such goods.

All these things, coupled with the rise of China in the global economy, is sending shivers through the industry. What will China do, and will the rest of the world be able to stop them? Find out more in next month’s issue of TDmonthly Magazine.