The golden egg for a lot of manufacturers is to turn one of their toys into a TV show. Transformers, Carebears, BRATZ, My Little Pony, Mighty Max. All toys, all shows. One giant advertisement for the product. Branding up the wazoo. But … do you design a toy just to merchandise? And if so, does it work? 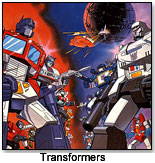 I’ve talked to a lot of showrunners (the people who spearhead a TV show), and although all of them think about merchandising ($$$ Ka-ching! $$$), not one of them has ever made it the focal point of their pitches. Many a writer/producer has been hired to turn a toy into a show, but that was usually after a toy had huge numbers, and someone wanted to use the brand as leverage to get the show made.

It’s like anything else, only more so: No one wants to invest money in something no one’s heard of. They want a franchise. But is it smart to actually create a toy to become a series? I chatted with a couple of big-time television executive types. 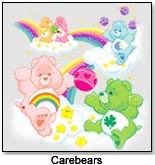 The one from the Disney Channel flat-out refuses to hear about merchandising when she’s taking a pitch. “I want the best series possible, not the best toy. Too many shows that are based on products turn out to be lame. Bad. Last one season, maybe, and go the way of the buffalo.” She seemed pretty certain, but I had to ask another.

Sure, licensing abounds: “Spider-Man,” “Fantastic Four,” “Lord of the Rings,” and dare we speak it: “Star Wars!” But those were all movies first (yeah, yeah, comic books and book-books, too, but it was the movie that got them licensed), toys later. The rule of thumb in the marketplace tends to be: the original success is still the best. Not always, but 99.9% of the time.

Think about it: “The Simpsons” — greatest TV show around. Simpsons toys — not an icon toy among them. Pac-Man, classic game, not-so-classic TV show. “Powerpuff Girls” — great show. The toys? Eh …. Checkers has been selling forever. Doesn’t even have its own TV series (but just wait, some exec will see this and get a “brilliant idea”).

The bottom line? Don’t design your toy to be a show. Design your toy to be a great toy. And if you’re looking for what to stock your shelves with: If the toy’s there and the series is there, free advertising. But if a manufacturer comes to you trying to sell you a toy that he says “is going to make a great TV series!” — just change the channel.