Retailers Say Roboraptor and Others Were Big Hits

Christmas: The biggest toy-selling time of the year. All the ads, all the awards, all the hype comes down to this: Is it selling at Christmas? TDmonthly Magazine talked with over 50 retailers to separate truth from fabrication. These are the biggies:

Parents can turn “Game Time into Brain Time” with the V.Smile TV Learning System, which combines a video game platform and educational content in a system that connects directly to the television. The system features 32 “smartridges,” with an additional ten in Spanish. This product is a 2007 National Parenting Center Seal of Approval Award and Creative Child Magazine Toy of the Year Award winner.
— Russell Selick, manager of Bob’s Toys in Seattle, was surprised at how good a showing the V.Smiles were having. “They sell, but now, come Christmas, it seems everyone wants one.”
— “It’s a 'grandparent' gift, a 'parent' gift, and when the kids get it, a ‘kids’ gift, too. Everyone likes them,” responded Betty Pagginette, owner of St. Louis’ Playful toy store.
— “Can’t keep them on the shelf,” a frenzied Douglas Robertson, co-owner of Robertson’s Toys in Ogden, Utah, said. 2/10/2005 (MSRP: $49.99; Age: 3 to 7)

This all-knowing handheld features “artificial intelligence” and can read minds. Players simply think of something, and then answer a series of questions. If the machine guesses within 20 questions, it wins. “20Q is an artificial intelligence, an electronic toy, a website and a phenomenon. Teachers everywhere…tell us how much fun it is to use 20Q with early readers in their classrooms, and as a motivator and reward for older kids,” Radica USA told TDmonthly.
— "A travel game we have for older children is 20 Questions. … the whole family can enjoy this one," said Peter, owner of Mr. Toad’s Toy Company in Naples, Fla.
— “The most perfect gift imaginable,” said DeeDee McMillen, co-owner of McMillen’s Magic in Trenton, N.J.
— Retailers have told TDmonthly that 20Q answers this pertinent question: What toy with wide appeal will boost my monthly totals? Since 20Q seems poised to do it again in 4Q, it’s been honored with a TDmonthly Top Seller 2007 award. 3/1/2005 (MSRP: $19.95; Age: 8 and Up)

In addition to the Robosapien and Robopet, Wow Wee is now introducing the Roboraptor. The robotic dinosaur is fully functional in three modes: remote-controlled, where the owner controls his actions; free-roam mode, where the Roboraptor's artificial intelligence takes over; and guard mode. Motion sensors, infrared vision and laser-tracking technology all make this dino one of the smartest toys on the market, as well as one of the most fun and unique.
— “The coolest toy on the market. Everyone wants one,” effused Danny Southerland, owner, CEO and head banana of Shenanigans in Austin, Texas.
— “I was surprised that at this price point Roboraptors are outselling toys one-tenth their cost,” explained Rikki Desoto, manager of The Play’s The Thing in Rochester, N.Y.
— “Amazing. Can’t say enough about it,” piped Tom Finci, owner of The Toy Stop in Portland, Ore. 9/26/2005 (MSRP: $119.00; Age: 8 to 12)

Who would have thought a computer could fit inside a pen? LeapFrog, clearly. The innovator of educational toys has come out with the Fly Pen, a computerized pen that speaks and translates words into foreign languages, such as Spanish and French. What’s more, by drawing on special Fly paper, users can interact with their creations. (Read Review)
— “It’s unique: a kid’s computer that isn’t a computer. Everyone wants one for the child in their lives,” reported Lisa Delaney, manager of Sweetwater Toys in Baltimore.
— “I was unsure of how well this would sell this Christmas. I knew it would do ‘okay,’ but … it’s been spectacular,” gushed Dawn Ramona, co-owner of Toy World in St. Louis.
— “This is the hot item,” stated Hector Alejandro of Bismarck, N.D. 3/1/2005 (MSRP: $99.99; Age: 8 to 13)

Balloon Lagoon brings home all the fun of a day at the carnival, with colorful illustrations and festive games in an immersive 3-D environment. More fun than a ride on the Tilt-A-Whirl, Balloon Lagoon allows children to show off their talents as they compete in four activities while the merry-go-round music plays. This fantastically fun game gets kids thinking, matching, flipping and fishing as they collect balloons to win.
— “I have this set up in my shop,” explained Vincent Spiropoulos, owner of Spiro-Gyro Toys in Walla Walla, Wash., “and kids can’t stop playing with it, so parents have to buy it. Sneaky, but it works.”
— “One of my top sellers,” said Denise Kahn, co-owner of Toy Town in Athens, Ga.
— Alisa Feinstein of Cranium Games told TDmonthly that "the game's exciting sights and  sounds make spelling, matching, and counting fun …so kids learn as they  play." 12/22/2005 (MSRP: $14.99)

For the adventurer in every little girl, the Dora the Explorer Restickable Table & Chair set is sure to liven up imaginative play. Three pages of punch-out restickable decals can be used to create continually changing scenes and stories. The easily accessible toy-keep in the center of the table holds unused restickables, small playthings, art supplies, and any other secret treasure she might find. Table dimensions: 23.6"D x 17.3"H, Chair dimensions: 11.8"W x 11.8"D x 21.8"H.
— “It’s another Dora Christmas,” laughed Sara Kite, co-owner of Kites and More, Rockingham, N.C.
— “Dora is still strong this Christmas,” said Robert J. Beck, owner of Beck’s Toy Emporium in Minneapolis.
— “This furniture set is a hot seller for us,” replied Van Mickelson, co-owner of Vanity Toys in Biloxi, Miss. 12/15/2005 (MSRP: $49.99; Age: 3 and Up)

Kids can draw mess-free artwork using the Aquadoodle Mat and Magic Water Pens. When water is added to the doodle pen, children can doodle all day without messy or expensive refills. The Aquadoodle Mat can accommodate up to four artists at once. Other items such as Doodle Pens, Stampers and Stamp Pad accessories are available in great shapes and sizes and are sold separately.
— “This smaller version of the Aquadoodle is selling really well,” said Margo Babbitt, co-owner of Babbitt’s Toys in Miami.
— Zack Lerner, co-owner of Lerner’s Learning Things in Reno, Nev., explained that the “Aquadoodles are among our hottest items. This travel-sized one is the perfect gift.”
— “Good clean drawing fun,” joked Delores Freed, manager of The Thoughtful Child in Boston. 9/29/2005 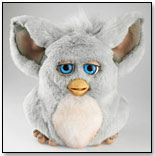 Furby, one of the best-selling toys ever with 40 million pieces sold globally, came back with a vengeance. Driven by new emototronics, a combination of advanced robotic technology, puppetry and realistic lifelike reactions and movements, this Furby features a wide range of emotions and motions, advanced voice recognition, enhanced communication between kids and other Furby toys, and an impressive "bilingual" vocabulary of "Furbish" and English.
— “They don’t stop talking,” commented Monica Sanders, manager of the K.B. Toys in Destin, Fla. “If more than three are going at once, I just have to grin and bear it.”
— “Cleared out. Not a one left,” said Dan Starkey, manager of Toy Experience in Orlando, Fla.
— “Sold out,” reported Aroon Raj, owner of If City in Ontario, Calif. 2/25/2005 (MSRP: $24.99; Age: 6 and Up) 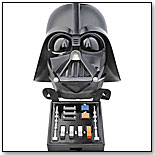 This realistic Darth Vader helmet makes electronic Vader breathing sounds and includes phrases taken from the Star Wars movies. It comes with a Vader chest plate so kids can better make believe they’re the true Jedi-turned-bad-boy of the empire.
— “Our best selling boys’ toy this Christmas,” said Juan Sanchez, co-owner of Sanchez Toys in Panama City, Fla.
— Mark Haber, Haber Gifts in Washington D.C. pointed out, “With the latest Star Wars DVD coming out, boys are really wanting them.”
— “I wanted to save some for my kids, but we sold out,” Diane West, co-owner of Funopolis, in Macon, Ga., explained. 12/22/2005 (MSRP: $29.99; Age: 5 to 12)

This magnetic alphabet set teaches youngsters the basics using the kitchen fridge as its main platform and a reader to pronounce the sounds.
— “I don’t know why it’s selling so good,” said Ben Everett, owner of Tooty Toys in Boston, “It’s been around for a of couple years, but it’s taking off again.”
— “It’s the LeapFrog name that sells.  Parents know it’s a good brand and buy accordingly,” Debbie Bennett, co-owner of Baby’s Day Out in Cincinnati explained.
— “A friend has a new baby?  Grandparents have a new grandkid?  Buy LeapFrog,” stated Patty Douglas of Doodle Squirt in Tallahassee, Fla. 2/10/2005 (MSRP: $19.99; Age: 2 to 4)