Farmer's Hats Off to Bur Bur and Friends

By Alison Marek
June 2007
Like so many entrepreneurs, JoAnne Pastel was inspired to found her company, Farmer’s Hat Productions, when she noticed something missing in the marketplace.

“When I was going to the bookstore [in 2004], there was nothing that looked like my son William [now 4], who’s biracial,” she told TDmonthly Magazine. “And there were no books on sports that used a group of kids.”

Pastel teamed up with her friend Kakie Fitzsimmons, who also has a biracial son, and the women decided to fill the gap by writing books featuring a sporty biracial boy named Bur Bur and his multiracial friends.

“We wanted to show families that look like ours,” Fitzsimmons said.

Both women came from the world of finance — Pastel was a former stockbroker and Fitzsimmons had most recently worked in marketing and training — so they first researched to determine if there was a need for their product.

It took about six months of combing through library files to verify their hunch. They also spoke with child-related organizations, bookstores, librarians and mothers, Pastel said.  While pitching their idea, however, the women were careful not to reveal too much.

“We didn’t tell anyone our value proposition for the first two and a half years,” Fitzsimmons confided to TDmonthly. “We even made our corporate website vague because we didn’t want people to take the idea; we knew we had a niche in the market.”

At the end of 2004, Pastel and Fitzsimmons made their alliance official by forming an LLC and beginning work on their product line. 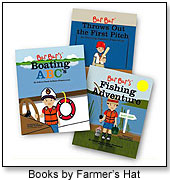 PRESS ON WITH PASSION

They made contacts in the publishing world by asking people they knew for advice. Their illustrator, Lindsay VanDeWeghe, was recommended by Pastel’s hairdresser, who’d commissioned the college student to create a drawing of her dog for her cell phone.

Every step of development and publication has been self-funded. Pastel estimated they’ve spent about $100,000, with more expenses coming.

With so much of their own money and time on the line, doubts sometimes arose. One of their worst moments came when a public relations firm forwarded the first book to an East Coast publisher, whose response was negative.

Pastel called her life coach, who urged her to “follow her passion.”

“This is our passion and it shows when we go and present our books to people,” continued Pastel.

Success at this early stage includes a partnership with Mall of America for a three-day launch of their first three books in July, working with local NBA men’s and women’s teams for an upcoming book on basketball, and co-producing an accompanying activity book with Sun Country Airlines. 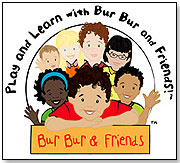 KEEP TRACK OF EVERYTHING

Their biggest mistakes involved spending money too freely without keeping track of results. Consultants who didn’t deliver and software that was developed too soon were two major income drains.

As for others who are contemplating the path of passion, Pastel stressed that follow-through is important: “Make sure you do everything that needs to be done.”

“But do it right,” advised Fitzsimmons. “Otherwise, you go back and double-spend the money. There’s been a lot of perseverance and determination here. We love this. It’s our baby.”

Here are some of Fitzsimmons’ and Pastel’s babies:

Children can learn boating basics and see many things in and on the water as Bur Bur and his parents go for a boat ride in this read-aloud book. "This is the first series of books that educates children about sports using a group of multi-ethnic characters," President and Founder JoAnne Pastel of Farmer's Hat Productions told TDmonthly. "Bur Bur and Friends…learn about sports through their own first-time experiences. This exposure may include watching or participating in a sport, overcoming athletic obstacles, or learning about teamwork and good sportsmanship. The products aim to help kids embrace our diverse world and family structures while also addressing the need for healthy physical exercise." This product is a 2007 iParenting Media Award winner. Launch date: July 2007.  5/2/2007 (MSRP: $14.95; Age: 2 and Up)

This story tells about Bur Bur's exciting opportunity of throwing out the first pitch at a baseball game. It is written by JoAnne Pastel and Kakie Fitzsimmons and illustrated by Lindsay VanDeWeghe. The back of the book includes baseball basics, a field illustration and labeled baseball gear. The Bur Bur books by Farmer's Hat were created to remedy the lack of stories about biracial kids,  founders Pastel and Fitzsimmons told TDmonthly. This product is a 2007 iParenting Media Award winner. Launch date: July 2007. 5/31/2007 (MSRP: $14.95; Age: 2 and Up)

In this adventure by JoAnne Pastel and Kakie Fitzsimmons with Bill Dunlap, Bur Bur learns about fishing during a day out on the water with his dad. The story is illustrated by Lindsay VanDeWeghe. The Bur Bur books by Farmer's Hat were created to remedy the lack of stories about biracial kids,  founders Pastel and Fitzsimmons told TDmonthly. This product is a 2007 iParenting Media Award winner. Launch date: July 2007. 5/31/2007 (MSRP: $14.95; Age: 2 and Up)