Favorites Bounce, Erase and Pick Up the Pace

If your specialty toy or gift store doesn’t carry Iwako erasers from BC Industries, you should take a second look at the sales of these tiny, collectible, puzzle erasers. They’ve made several of TDmonthly Magazine’s top-10 most-wanted lists since 2007 (see School Supplies, Gifts for Girls, General Toys and Collectibles 2009 and 2008), and appear alongside ZeeBeez from Zing and multiple items from the Toysmith line in the top-10 best-selling novelty toys listed below.

These small cupcake erasers with removable parts are available as a trio and in single packs.
— Three of 38 specialty retailers named Iwako erasers as a best-selling novelty item in late summer 2009. Going into the holiday season 2009 (late fall), two of 44 retailers named the erasers among their absolute best sellers. 9/30/2009 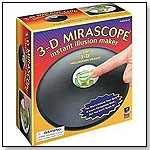 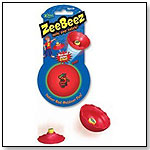 The ball can turn inside out to reveal a hidden post. Holding the post, kids can drop the ball to the floor and then watch it bounce back up. Kids can spin it, pop it and catch it.
— Two of 38 retailers named this fun little pick-up item as a best-selling novelty in their stores in summer 2009.
— “I made $700 in the last 90 days on ZeeBeez,” David Ekwall, owner of The Wooden Toy in Wethersfield, Conn., told TDmonthly in late summer 2009. (

This wooden storage box with a sliding lid holds 41 colorful wood pick-up sticks that each measure 9.75” long.
— Two of 38 specialty retailers said in late summer 2009 that this long-loved classic game is a best-selling novelty at their stores. 9/30/2009 (MSRP: $4.00)

This classic noise-making prank measures 7.25” in diameter and becomes quite the shocker when sat on after inflated.
— Two of 38 retailers told TDmonthly in late summer 2009 that whoopee cushions are a favorite novelty item among their customers. “They’re always very popular,” commented Karen Leppmann, owner of Finnegan’s Toys & Gifts in Portland, Ore. 9/30/2009 (MSRP: $1.30)

This bookmark features a colorful palette of the world under the sea, with an eye-catching three-dimensional effect.
— Gary Green of Toy Box of Asheville in North Carolina told TDmonthly in summer 2009 that his store sells 60 to 70 of these bookmarks per month. “It seems to me we do a reorder once a month with them. It's not something people come to the store for, but it's so eye-catching that it stands out,” he said. 9/30/2009 (MSRP: $4.99)

With 24 sticks in a rainbow of colors (red, orange, yellow, green, blue and purple), kids can construct shapes and figures without the use of glue or other materials. Each Wikki Stix is 8” long.
- Sallie Kashiwa, owner of Timbuk Toys in Denver, told TDmonthly in late summer 2009 that her store sells about 80 Wikki Stix sets per month.
— Wikki Stix have been consistent best sellers for the last two years at The Parent-Teacher Store & Toys Too in Louisville, Ky., Owner Kimberly Kopatz told TDmonthly in fall 2009. 9/30/2009 (MSRP: $3.25)

The flexible wire inside this 6.75" black mustaches allows it to be shaped in various styles, including the friendly barber, the stern general and the dapper dandy. It comes with a rubber piece that clips to the nose.
— Two of 38 specialty retailers mentioned mustaches as a best-selling novelty item in fall 2008. Michelle Bears, owner of The Toy Store in Highlands, N.C., told TDmonthly her store sells about 48 Accoutrements fake mustaches per month.
— Donna Frederick, owner of The Play House Toy Store in Durham, N.C., told TDmonthly in a December 2011 survey about Halloween that, "Accoutrements sells a set of novelty mustaches that is very popular." (