When surveyed about best-selling remote-controlled toys and hobby items in fall 2009, half of 40 specialty retailers named the Kid Galaxy brand, which continues to be a hot seller even in stores where battery powered toys are often banned. Twelve retailers told TDmonthly Magazine they don’t sell R/C toys at all, or that they focus on arts and crafts instead of traditional hobby items.

Only one storeowner noted that R/C sales have slowed lately. See which products are zooming out specialty doors:

This four-wheel drive, remote-controlled vehicle can be navigated over land and on water. It has working headlights. The vehicle takes three AA batteries and the controller takes two AAA batteries (not included).
— J. Christopher Toys in Jonesboro, Ark., sold 68 Morphibians since August, Owner Mary Horne told TDmonthly in October 2009.
— Five of 40 retailers specifically named Morphibians as a best-selling R/C item in fall 2009. 11/9/2009 (MSRP: $30.00; Age: 5 and Up)

Doors and hoods dislodge and trunks open when these remote-controlled vehicles are smashed and crashed together. The unhinged parts can simply be pressed back into place. The cars require 2 AAA batteries and the remotes take 3 AAA batteries (not included).
— “We sell dozens and dozens of Kid Galaxy’s R/Cs,” Owner Joe Berardoni Sr. of Pun’s Toys in Bryn Mawr, Pa., told TDmonthly in fall 2009.
— Patti Tepper-Rasmussen, owner of Learning Tree Toys, Books & Games in Oklahoma City, told TDmonthly in fall 2009 that her store sells about four Demolition Derby items per month.
— Two of 40 specialty retailers pinpointed Demolition Derby as a hot-selling R/C item. 11/9/2009 (MSRP: $45.00; Age: 6 and Up)

At 6” long, this tiny helicopter features a V-Wing design and can fly up to four or five minutes on a 20-minute charge. It has dual rotors and can be steered right or left while hovering. The charger/infrared controller requires six AA batteries (not included).
— Kazoo & Co. in Denver sells two dozen per month of Kid Galaxy’s helicopter, Owner Diana Nelson told TDmonthly in fall 2009.
— Two of 40 specialty retailers pinpointed Kid Galaxy’s helicopter as a hot-selling R/C item.
Per a March 15, 2010, letter from Feldman Law Group, P.C., of New York, N.Y., Interactive Toys claims this product infringes on U.S. Patent 7,204,453. 11/9/2009 (MSRP: $40.00; Age: 6 and Up)

This large, hairy spider comes with a remote control to direct its movement. For a realistic effect, each leg moves separately. It requires two AAA batteries.
— Fred Rosenberg, owner of On the Park in Kingwood, Texas, said in fall 2009 that these R/C Tarantulas are popular at his store.
— Two of 40 retailers mentioned International Playthings when answering a TDmonthly survey about best-selling R/C and hobby items. 11/9/2009 (MSRP: $34.99; Age: 6 and Up)

Kids create a 9” sparkly Christmas tree, then color Shrinky Dinks ornaments with the included color pencils, bake them, and then hang them on the tree. The kit includes 30 ornaments, eight colored pencils, a hole punch, metallic stars, ornament rings, a star-shaped tree topper, silver metallic tree branches, metallic foil paper for wrapping the base of the tree, and a pre-assembled tree base.
— Two of 40 specialty retailers mentioned Shrinky Dinks when asked about best-selling hobby products in fall 2009.
— Two other retailers named Creativity for Kids as a best-selling hobby brand in their stores. 11/9/2009 (MSRP: $16.99) 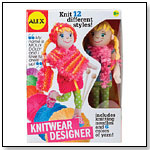 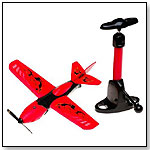 This little flyer is equipped with micro air-engine technology and comes with a mini pump. It’s sized for smaller hands, making it ideal as a backyard flyer for a junior pilot.
— Two of 40 specialty retailers mentioned products from Spin Master when asked about best-selling hobby items in fall 2009. 11/9/2009

This replica of the short, lightweight Delta-7B starfighter has four has four partially hidden laser canons. Parts snap together, and it does not require painting or gluing. Skill level for this project is 1.
— Mud Puddle Toys in Marblehead, Mass., sells about 20 to 25 Revell kits of cars, airplanes and Star Wars items each month. “We’ve carried them for a few years now. People know we carry it,” he told TDmonthly in October 2009. 11/9/2009