By Julie L. Jones
January 2010
HarperCollins continues to give book sales high-end flair with "Fancy Nancy" titles that make kids and cash registers smile, according to a TDmonthly Magazine survey of 44 specialty retail stores in the United States. CCA & B’s Elf on the Shelf is another hot title, particularly near Christmastime, and Klutz remains successful at promulgating immaturity.

On the classics front, "Curious George" from Houghton Mifflin Harcourt and "The Very Hungry Caterpillar" from Penguin Group are also doing well at independent toy shops. See all 10 best-selling books below.

In this 32-page hardcover, Fancy Nancy and her Explorers' Club, which includes friend Bree, take a rather fancy look at the outdoors. They explore butterflies, flowers, trees, birds and more. The book is written by Jane O'Conner and illustrated by Robin Preiss Glasser. Launch date: March 31, 2009.
— Five of 44 specialty retailers referenced the "Fancy Nancy" series when discussing best-selling books in late 2009.
— In a December 2011 survey about books, 3 out of 12 retailers told TDmonthly that Fancy Nancy books were their best sellers. Maryalice Miner, co-owner of Miner's Doll & Toy Store in Ocean Springs, Miss., told TDmonthly that, "The Fancy Nancy books have been really big." They sell a half dozen copies or more each month. 12/7/2009 (MSRP: $12.99; Age: 4 to 7)

The Encyclopedia of Immaturity™ Volume 2 by KLUTZ 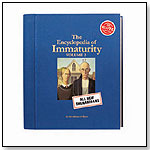 This book of goofy ideas and pranks includes a discussion of wedgies as well as instructions on sliding down a banister and how to send someone a toiletgram. It received a National Parenting Publications Honors Award.
— Two of 44 retailers mentioned this title when asked about best-selling books in late 2009. Jeanette Lauture, owner of Aunt Jean's Toys & Treats in Montclair, N.J., told TDmonthly her store sells about four per week of both Volumes 1 and 2.
— "We sell Klutz all day long," said Erika Evers of Dancing Bear Toys in Hendersonville, N.C., citing sales of eight Klutz books per day. "We tend to order different ones every time." 12/7/2009 (MSRP: $19.95; Age: 8 and Up)

This 48-page paperback written by H.A. Rey tells how little Curious George aids a boy with his paper delivery route and causes quite a bit of trouble. Launch date: August 31, 1973.
— Two of 44 specialty retailers name "Curious George" when asked about best-selling books in late 2009, referencing a trend toward classic titles. 12/7/2009 (MSRP: $6.95; Age: 5 to 8) 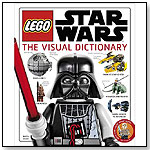 In true DK Publishing style, the Visual Dictionary is designed to elucidate, illuminate, and excite even the most discerning LEGO, Star Wars, and minifigure fans around the world. Darth Vader, Boba Fett, Yoda, Luke Skywalker and others are brought to life with dozens of little-known facts and hundreds of photos, as are accessories, vehicles, weapons, and even the Death Star. Kids and adults can learn about the history, manufacture and construction of the minifigures of the Star Wars Universe, and come away a Lego Jedi Master. "LEGO and Star Wars are two of the world's most well-recognized and successful franchises, and have been collaborating since the 1998 release of the first LEGO Star Wars minifigures," Jenna Banks, director of sales for EE Distribution, told TDmonthly. Launch date: July 31, 2009.
— "LEGO Star Wars — we just blew out of those," Bill Sartain, co-owner of Tutoring Toy in Salt Lake City, told TDmonthly, citing sales of about 50 of these books a month in late 2009. Two of 44 specialty retailers named this title when discussing best-selling books. 6/3/2009 (MSRP: $21.99; Age: 8 and Up)

Where the Wild Things Are by HARPERCOLLINS PUBLISHERS

This hardcover classic written and illustrated by Maurice Sendak follows the imaginative journey of a little boy named Max who is sent to bed without his dinner.
— Two of 44 specialty retailers named "Where the Wild Things Are" when asked about best-selling books in late 2009. Bill Sartain, co-owner of Tutoring Toy in Salt Lake City, cited sales of about 24 per month.
— Maryalice Miner, co-owner of Miner's Doll & Toy Store in Ocean Springs, Miss., told TDmonthly in a December 2011 survey that this book, along with other evergreen titles, sell well year round. 12/7/2009 (MSRP: $17.95; Age: 2 to 8)

Good Night Atlanta by OUR WORLD OF BOOKS LLC 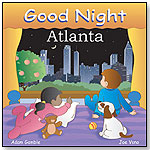 Part of the "Good Night Our World" series for babies and young children, this 6" x 6" board book explores the sights of Atlanta, Ga., including the zoo, Georgia peaches, Piedmont Park, the Atlanta History Center and much more. The 32-page book has rounded corners. It is written by Adam Gamble and illustrated by Joe Veno.
— Two of 44 specialty retailers mentioned titles from this series when discussing with TDmonthly best-selling books in late 2009. 12/7/2009 (MSRP: $9.95)

This 40-page hardcover tells the story of how Llama is frightened going to his first day of preschool, and wonders if Mama Llama will come back. The other kids, though, show Llama that school can be fun. Launch date: March 19, 2009.
— "What is doing well is the 'Llama Llama' books by Anna Dewdney," Rebecca Goblish, co-owner of Picayune Toys in Dunwoody, Ga., told TDmonthly when discussing best-selling titles in late 2009. She added that her store sells about a dozen "Llama Llama" books per month, with a plush llama
— Two of 44 specialty retailers commented on the popularity of this book series in fall 2009. 12/7/2009 (MSRP: $16.99; Age: 3 to 5)

This book full of all things pink focuses on a girl who turn pink herself after eating too many cupcakes! It also teaches that it's best just to be yourself. Launch date: May 23, 2006.
— Two of 44 specialty retailers referenced the Pinkalicious series when discussing best-selling books in late 2009. "Those are good ones," Kristen Pollard of Mud Puddle Toys in Marblehead, Mass., told TDmonthly.
— In a December 2011 survey about books, three out of 12 retailers said Pinkalicious was one of their best selling titles. 12/7/2009 (MSRP: $17.99; Age: 5 to 8)