Animal-Themed Merch Scurries Out the Door

By Brenda Ruggiero
February 2010
At RoundTable Toys in Winterville, N.C., customer experience is the key to success, Owner David Davis told TDmonthly Magazine. Customers are invited to play with the toys and games in-store, and online shoppers are offered lots of content. Which products have customers been buying up? See below:

My Tissue Art by ALEX BRANDS

My Tissue Art is designed as an easy and fun project for even small hands. Pictures are made using colorful tissue squares on a self-stick surface. Each kit includes six pictures and 500 colorful tissues.
— My Tissue Art by Alex Toys was a top seller at the end of 2009 at RoundTable Toys in Winterville, N.C., according to Owner David Davis. 1/25/2010 (MSRP: $9.98; Age: 3 and Up)

Beware of the Dog by UNIVERSITY GAMES

Players pick cards that decide how many bones to take out of the dog’s dish, while the dog is sleeping. Players must remove the bones carefully or else the dog will wake up at bark, eliminating that player from the game. The game comes with a dog, a dog bowl, 24 colorful bones, a pair of cat tweezers and 24 playing cards. Launch date: Spring 2008. 1/29/2008 (Age: 5 and Up)

In Mouse Match, mischievous mice race through tunnels to chase their cheese to victory. For two to six players, the game includes a board, six mice, cheese slices, a bag and instructions.
— Mouse Match was a top-10 best seller at RoundTable Toys in Winterville, N.C., at the end of 2009, according to David Davis, owner. ( 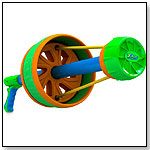 Zyclone offers long-distance flying fun. Kids (and adults) can just load the Zing-Ring, pull back, and twist. The ring is made to fly over long distances, so the toy should be used in an open area.
— Zyclone by Zing Toys was a top-10 best seller at RoundTable Toys in Winterville, N.C., in Dec. 2009. “It was a surprise late addition for us both in our store and online, but when we played the video on our site and customers played with it in our store, it became an instant hit,” Storeowner David Davis told TDmonthly. “Also, having David Letterman demo the item on his show didn’t hurt!” 1/25/2010 (MSRP: $29.99; Age: 6 and Up)

Sail along the Nile River in the Royal Ship of Egypt.  Includes three figures, functioning crossbow catapult, and many other accessories.  The battering ram hinges.  The ship rolls on wheels or floats on water, and it can be upgraded with the Playmobil Underwater Motor (#7350).  Dimensions: 22 x 13 x 13 inches (L x W x H). Recommended for ages four and up. Choking Hazard. Small parts. Not for children under 3 years. 12/8/2008 (Age: 4 and Up)

The Elf on the Shelf: A Christmas Tradition™ - With Dark-Skinned Pixie Elf by CCA and B LLC 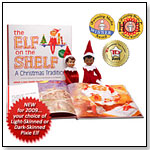 Santa's biggest secret is revealed in The Elf on the Shelf: A Christmas Tradition gift set, with a North Pole pixie-elf (available with light skin or dark skin and dark eyes, as pictured), a hardbound children's book and a keepsake box. Launch date: October 15, 2009.
— Owner Diana Nelson of Kazoo & Co. in Denver told TDmonthly in fall 2009 that her store sells about 36 Elf on the Shelf sets per month. 6/3/2009 (MSRP: $29.95; Age: 2 to 12)