By Ashley Heaton
October 2010
What are the most buzzed-about toys right now? Online sales show Squinkies from Blip Toys and Sing-a-ma-Jigs from Fisher Price to be the hottest items of the moment. Below, see top sellers from Toys "R" Us and other mass-market sites including Target, Amazon.com and Walmart.

The Squinkies™ Surprize Inside Bubble Pack includes 16 collectible “squooshy” friend and pet mini-dolls individually encased in signature plastic toy bubbles. Adding fun and intrigue, four bubbles are frosted to hide their content offering more fun surprises. Pop the bubble open and find a Squinkies surprise inside. With hundreds to collect, trade and share, Squinkies offers kids endless hours of imaginative play as they create their very own Squinkies world. This pack comes with 16 Squinkies, including kittens, puppies, babies and ponies.
Awards: 2010 Toys R Us Fab 15 Hot Toy List; 2010 Time To Play Magazine 2010 Most Wanted List; 2010 Dr. Toy
― As of 9.21.2010, this product was listed No. 2 on Amazon's top 100 best-selling toys and games. ( 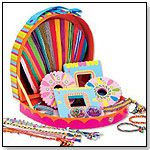 This kit contains materials for making up to 22 friendship bracelets. It includes four looms for two styles and eight patterns, along with 22 colors of floss, beads, a beading needle and a convenient storage case.
— As of 05/12/2012 this product has 3.9 out of 5 stars from 54 reviews on Amazon.com. Cons: Instructions are not helpful enough; not enough designs included.
— Kim Myers, co-owner of Hobbytown USA in Murfreesboro, Tenn., told TDmonthly in late Spring 2011 that ALEX arts and crafts were best-sellers in their category, especially among older girls.
― As of 9.21.2010, this product had 4 out of 5 stars from 24 reviews on Amazon.com and was No. 33 on the top 100 best-selling toys and games.  9/21/2010 (MSRP: $27.00; Age: 8 and Up)

Sing-a-ma-jigs are the new free-spirited, off-beat plush characters that love nothing better than to sing together. With each squeeze of their tummies, they offer up a little bit of chatter and then individual notes to a song. But the real magic happens when kids put the characters all together and squeeze their tummies one more time and the Sing-a-ma-jigs erupt into a harmonic chorus like none heard before!
― As of 9.21.2010, this product had 5 out of 5 stars from 8 reviews on Amazon.com and was No. 43 on the top 100 best-selling toys and games. PROS: Entertaining, cute and interactive. Appeals to children and adults. 2/17/2010 (MSRP: $12.99; Age: 3 and Up) 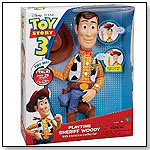 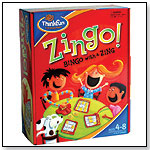 This Sea Monkeys kit comes with everything one needs to get started raising these living, swimming ”micro-crustaceans.” After treatment with the included water purifier, sprinkle the pouch of dormant Sea Monkey eggs into the tank, and watch the new pets appear and grow. It comes with a “growth guarantee.”
— “Another thing that sells really well is the Sea Monkeys. We sell a lot of those, and we had one of those on display,” Pat Cooley, owner of Cooleykatz Toys Livermore, Calif., told TDmonthly in August 2008 when discussing popular science and nature toys.
— “Kids still get so excited about those little kits,” said Janet Gregory, owner of Over the Rainbow Toys in Anchorage, Alaska. “A lot of adults seem to be drawn to them, too, because of the nostalgia factor.”
― As of 9.23.2010, this product had 4 out of 5 stars from 9 reviews on ToysRUs.com and was listed No. 10 in best-selling science and nature toys. PROS: Entertaining, educational, interactive and easy to use. 9/8/2008 (MSRP: $19.95; Age: 6 and Up)

Children discover the adventure just outside their door with the Backyard Safari Bug Vacuum! This cool, interactive toy captures insects by battery operated vacuum suction power without harm, into a plastic capsule. The live bugs can then be viewed and studied through the magnifier in the capsule. Children can either release the bug back into the outdoors or transfer the bug into a habitat.
— “The bug vacuum — those guys sell really well,” said Pat Cooley, owner of Cooleykatz Toys in Livermore, Calif., in August 2008.
— Forty percent of 64 retailers across the nation, from Alaska to Florida, said that bug observation and collecting items headlined their summer sales in 2008.
― As of 9.23.2010, this product had 4 out of 5 stars from 10 reviews on ToysRUs.com and was listed No. 5 in best-selling science and nature toys. PROS: Durable, interactive, engaging and educational. 11/30/2004 (MSRP: $19.95; Age: 6 and Up)

Color Shifters cars go through a transformation when immersed in warm or cold water. Themes include flames, city, camo, racing and color-to-color.
— “The Hot Wheels are the best,” remarked Helen Dean, owner of Toy Safari in Alameda, Calif., when asked about her sales in die-cast vehicles in July 2009.
— Four of 49 retailers told TDmonthly in summer 2009 that Hot Wheels is a top-selling brand, reporting sales of about 100 per month, on average.
― As of 9.21.2010, this product had 4 out of 5 stars from 21 reviews on Amazon.com and was No. 24 on the top 100 best-selling toys and games. PROS: Sturdy and entertaining. CONS: Does not work well indoors. Must be refilled often. 8/28/2009 (Age: 3 and Up)