When TDmonthly Magazine interviewed retailers in late Summer 2012 about their bestselling candy and food, they listed a combination of unique, nostalgic, and inexpensive items.

The retailers that did sell candy and food generally opted to carry nostalgic items, like Rock Candy from SQUIRE BOONE VILLAGE, or novelty items, like got milk? Magic Milk Straws.

See all the products that were named best sellers below, then decide which items might be a tasty addition to your store.

A straw that naturally transforms white milk into bold and delicious flavors. When kids drink milk through the Got Milk? Magic Straws, the milk becomes flavored and colored. "Parents and kids from 2 to 99 buy them year-round and it's completely new to toy stores with no competition," Paul Henson, CMO of Food Market Merchandising, Inc, told TDmonthly. Launch date: January 2010.
— In a late Summer 2012 survey, three out of 12 retailers told TDmonthly that these were one of their top-2 bestselling candy items. 1/12/2011 (MSRP: $1.99; Age: 2 and Up) 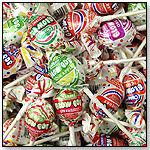 It's two lollipop treats in one with Charms Blow Pop, a chewy, bubble gum center surrounded by a delicious, fruit-flavored, hard candy shell. Available in a variety of great-tasting flavors that include traditional fruit varieties and more contemporary favorites--Way 2 Sour, Kiwi Berry Blast, Black Ice, What-a-Melon, and the brand’s most popular, Blue Razz--the pops are the world’s most popular gum-filled lollipop. Sold individually or in bags. Single pops available in .65-ounce or 1.35-ounce (Super Blow Pop) sizes.
— Marc Holcomb, owner of Toys & Co. in Greensboro, N.C., told TDmonthly in an October 2011 survey about bestselling food and candy that, "Blowpops are probably the best sellers, because they're only a quarter," but also said, "We don't make a lot. We just have to have candy here.”
— In a late Summer 2012 survey, four out of 12 retailers told TDmonthly that lollipops were their bestselling candy items. 9/22/2011 (MSRP: $0.25)

Available in a wide variety of flavors and vivid colors, Rock Crystal Candy is made of sugar crystalized onto a wooden stick. The crunchy candy sparkles like real rock crystal formations.
— John Blair, owner of Science Safari in Cary, N.C., told TDmonthly in a late Summer 2012 survey that Rock Candy was one of his bestselling edible treats.

Twinkle Pops 2 Tone Star lollipops have a solid center color enclosed in a clear border. 7 assorted colors, 7 delicious flavors. 60 pieces per bag. Twinkle Pops is a unique clear lollipop on a 12" stick , individually wrapped with a hang tag. Kosher Certified candy. Ideal candies for wedding favors, party candy, basket stuffer or just to enjoy.
— Elmer Carranza, assistant manager at Doodlehopper 4 Kids in Falls Church, Va., told TDmonthly in an October 2011 survey about candy and food that they sell about 100 Twinkle Pops each month. "They're really small, and attract little kids," he said.
— In a late Summer 2012 survey, Karin Evick, owner of Kid's Ketch in Lewes, Del., told TDmonthly that Tinkle Pops were one of their bestselling candy items. 9/22/2011 (MSRP: $22.50)

The 16-ounce Moo Mixer Supreme features an easy to use trigger button, fun to hold handle and large detachable clear tumbler. Battery operated (two AA batteries, not included), dishwasher safe clear tumbler and the totally cool mixing action that makes a whirling vortex of power to thoroughly dissolve chocolate powder mixes or syrups.
— As of 9/19/2012 this product had 3.5 out of 5 stars from 42 reviews on Amazon.com. Pros: Easy for kids to use; easy to clean; mixer "blade" is rounded and not sharp, so it's safe for kids. Cons: Some users reported leaking; some users reported that the motor was weak and broke after a couple of uses.
— Greg Larson, owner of Larson's Toys and Games in Columbus, Ohio, told TDmonthly in a late Summer 2012 survey that this is one of their best selling candy/food items. 9/19/2012 (MSRP: $13.99)

These fun and tasty kits include a 9 inch long kaleidoscope in a primary color. The refillable image chamber on the end can be filled with the included variety of candy pieces to create custom kaleidoscope images. Assortment includes a combination of candy-stripe and solid color tubes. Made in the USA, handcrafted by Gemini Kaleidoscopes.
— Greg Larson, owner of Larson's Toys and Games in Columbus, Ohio, told TDmonthly in a late Summer 2012 survey that Candy Kaleidoscopes are one of their best selling candy/food items. 9/19/2012 (MSRP: $10.00)

Zotz is a candy with a fizzy, sour center. It looks and tastes like a regular hard candy, but when the center is bitten into there is a sour fizzing taste because of the powder reacting with saliva.
— Priscilla Moore, owner of Mr. Fub’s Party/Toys and More in Yellow Springs, Ohio, told TDmonthly in a late Summer 2012 survey that Zotz was one of their top-2 bestselling items. 9/19/2012 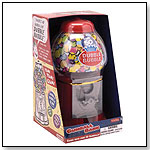 This classic gumball machine bank includes over 50 "Dubble Bubble" gumballs. It measures 8-1/2" tall. It has a red base. Put a coin in, turn the handle, and out pops a gumball. Made of sturdy plastic. For ages 3 and up.
— Greg Larson, owner of Larson's Toys and Games in Columbus, Ohio, told TDmonthly in a late Summer 2012 survey that Bubble Gum machines are one of their best selling candy/food items. 9/19/2012 (MSRP: $13.99)