New Game Helps "Math Awareness Month" Be Fun for All

By Alison Marek
April 2014
Math phobias plague both kids and adults, and can even trigger areas of the brain associated with physical pain and instinctive risk reduction, according to a study from the University of Chicago. U.S. chess champ Jennifer Shahade and math and science educators from MIT, Stanford and Caltech teamed up to alleviate that stress by developing Yamie Chess(R): The Adventures of Tigermore and the Mind Angels, www.yamiechess.com a new game experience that's a perfect "mate" for April (which is – in case you weren't aware – "Mathematics Awareness Month"). 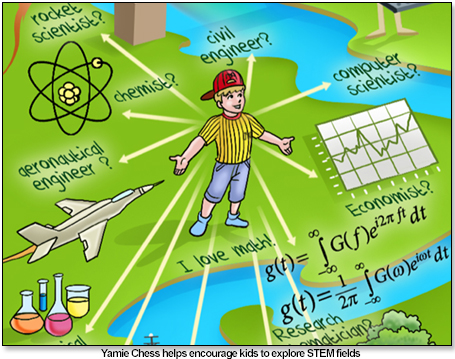 The inventors know from their personal experience that solving problems in general and math problems in particular is fun and satisfying, so they created an imaginary-world experience that uses traditional chess and a 260-page story- and activity-book to teach children STEM (science, technology, engineering and mathematics) skills and strategy as they try to help the boy chess champion hero Kimi and good King Tigermore conquer the evil King Vigdor through a chess game. 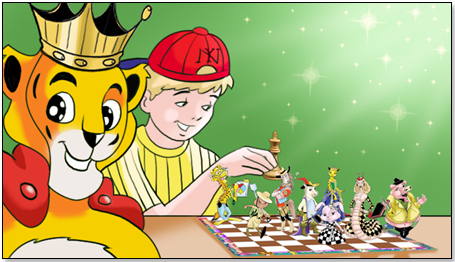 "The team members are all actively engaged in the company, and their educational mission is to get every K-8 student in America for the Class of 2025 to be equipped to have a realistic prospect of successfully completing a STEM college career in a math field like engineering, physics or computer science," Tunde Reid-Kapo, president of Yamie Chess told TDmonthly Magazine.

"Yamie" stands for Young minds, Algebra, Measurement, IQ, Easing geometry. The game comes with a set of coloring pencils so that kids can color in the accompanying story/activity book. The company also provides K-3 and K-8 teachers' guides for the game and an award-winning short film. Another selling point for specialty toy-store owners is that Yamie Chess is made in the U.S.A. 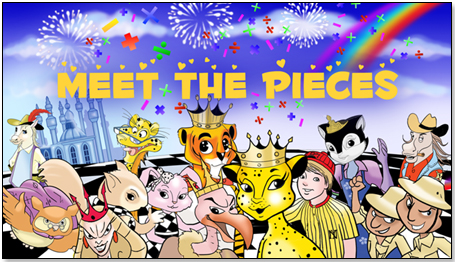 Although Yamie Chess' official product launch is April 4, the game's opening moves have already brought it awards and accolades. At its Toy Fair debut, the School Library Journal named Yamie Chess one of the Best Education Picks of the 2014 American International Toy Fair. At the NSSEA Ed Expo 2014, it was a Trendsetter Top Pick.

Educators who work daily with kids aged 5 to 14 – Yamie Chess’ stated demographic – say that it is comprehensible, accessible, and fun. The game has also been endorsed by Harvard and MIT mathematics and engineering educators as an aid for after-school and home learning. 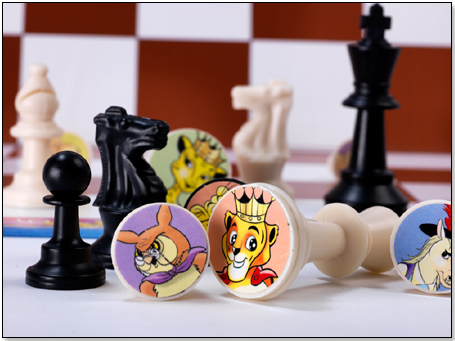 "While reading the interactive [Yamie Chess] comic, players come across algebra, geometry, number sense, measurement and data analysis concepts,” said Elizabeth Gates, who has taught middle-school math in Chicago for more than seven years. "The problems range in difficulty allowing students to be re-taught math skills or enriched ... This is a wonderful enrichment activity that can be used to spark more students’ interest in learning the game of chess while increasing mathematical thinking.” 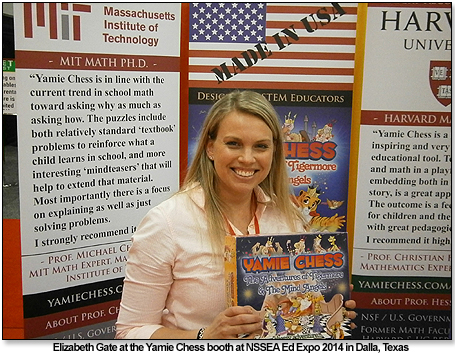 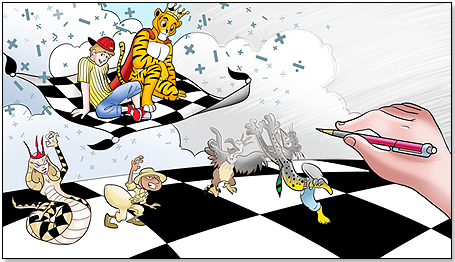 "In Yamie Chess, a cartoon character represents each chess piece," explained Mr. Reid-Kapo. "By having each cartoon character’s face on the base of its corresponding classic chess piece, a visuo-spatial relationship is mapped between the cartoon characters in the story, the chess pieces, their algebraic moves on the chess board, and the subsequent math learning in algebra, geometry, data analysis, measurement and numbers. University of Chicago math expert, Professor Ashley Ahlin, Ph.D. describes Yamie Chess as "as a braid, where chess, math problems, and the story of chess genius, Kimi, are interwoven."

"A great deal of creativity has been put into this project," commented Harvard math professor Christian Herman Hesse. "It is a beautiful, inspiring and very valuable educational tool. Teaching chess and math in a playful manner, embedding both in a fantasy story, is a great approach. The outcome is a feel-good-book for children and their parents with great pedagogical value. I recommend it highly."

Getting Girls (& Boys) Geared Up

Yamie Chess’ main educator, U.S. Chess Champion Jennifer Shahade, founded a children’s charity, 9 Queens, which is based in Arizona and seeks to empower young women through teaching them chess and other strategy skills. Developing Yamie Chess was another way in which Jennifer is helping young people embrace math and problem-solving. Jennifer will be holding a special Yamie Chess event with the Girl and Boy Scouts of America in Indianapolis in August at the gaming conference Gen Con, where she will play 50 games at once. 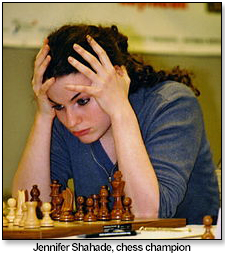 If you want to create your own math/science/chess champs, here's more about Yamie Chess:

Yamie Chess is a Harvard/MIT math PhD-backed STEM learning aid based on classic chess. Supports math education for 12 year olds in the K-8 educational grades. The math learning aid has been designed by MIT, Caltech, Stanford, Columbia, Vanderbilt and University of Arizona math educators and engineers in collaboration with 2-time United States chess champion Jennifer Shahade. Made in America.

Praise for Yamie Chess:
"Yamie Chess is a beautiful, inspiring and very valuable educational tool. Teaching chess and math in a playful manner, embedding both in a fantasy story, is a great approach. The outcome is a feel-good-book for children and their parents with great pedagogical value. I recommend it highly." – Harvard University Mathematics Professor Christian Hesse

"I highly recommend Yamie Chess: The Adventures of Tigermore & The Mind Angels. When a child learns how to play chess, adds a lot to his or her science education, and has a wonderful time walking through a rich fantasy world, you can’t go wrong!" International Master Jeremy Silman, Harry Potter chess consultant on Harry Potter and the Sorcerer’s Stone (Warner Bros, 2001)