By Justina Huddleston
October 2015
With additional reporting by Brenda Ruggiero

Novelty items make great impulse buys. They're perfect party favors, last-minute items to entertain kids in the car, and they make mean stocking stuffers too. Check out these best-selling novelty toys and see which would be a good fit for your store.

Thinking Putty is high quality silicone bouncing putty enhanced with knock-your-socks-off colors. It is all Made in the USA, non-toxic, and never dries out. The three new Super Illusions are unbelievably vibrant colors that shift depending on how the light hits them. The dynamic colors shine like no others: when held up to the light and pulled thin, the colors magically disappear and kids can see right through them. Launch date: June 2012.
— Mary Sisson, owner of Kazoodles in Vancouver, Wash., told TDmonthly in a Fall 2012 survey that Thinking Putty is one of her best sellers in the tween category. 7/19/2012 (MSRP: $13.50; Age: 3 and Up) 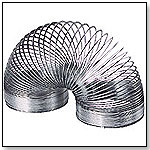 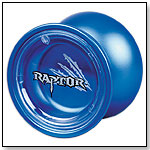 The Raptor rips through the competition yo-yo scene as an affordable, high performance yo-yo. Raptor features a large ball-bearing and SG Sticker response for professional unresponsive yo-yo play, as well as interchangable/removable side caps for added weight. Disclaimer: Raptor is for experienced yo-yo players and is unresponsive. Meaning that it does not return to the hand when users tug the string. To bring the yo-yo back to the hand one must do a "bind". Instructions are included. 4/5/2012 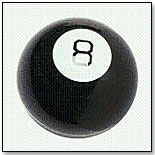 This all-knowing soothsayer has sure stood the test of time. Shake it up, ask it a yes or no question and in the window will appear the answer.
— Briana Miller, manager of Rockridge Kids of Oakland, Calif., said that when they get the product in, it “sells just fine.”
— According to Palo Alto Sport & Toy World manager, Eric Hager, this product still sells well for customers of all ages. For tween and teen girls, his store did “okay” with a pink tween/teen girl version called the Magic Date Ball. He suspects his store will get it back on shelves if they can negotiate a good price.
— “I never had one as a kid, and as a result I was unfocused and directionless. Fortunately, I now have one in my office, and it helps me greatly in my professional life,” wrote Robert I. Hedges from Burnsville, Minn. who gave the product 5 out of 5 stars on Amazon.com.  10/21/2005 (MSRP: $5.99; Age: 6 and Up)

The Gazillion Bubble Hurricane is Gazillion’s number one bubble machine. Year after year, this bubble machine cranks out thousands of bubbles for kids of all ages. Each Bubble Machine comes with an 8 oz. bottle of a "top secret" non-toxic Gazillion Bubble solution, just pour the solution into the reservoir attached to the Bubble Machine to continuously feed the wands creating a storm of colorful bubbles. Requires 6 "AA" batteries, not included. Works with core solution. iParenting Award Winner. (