By TDmonthly Staff
November 2020
Press Release:
Spin Master Corp. (TSX: TOY)  received five nominations for the 2021 Toy of the Year (TOTY) Awards. The finalists were announced  by The Toy Association, bringing the total TOTY nominations Spin Master has received to date to 115. 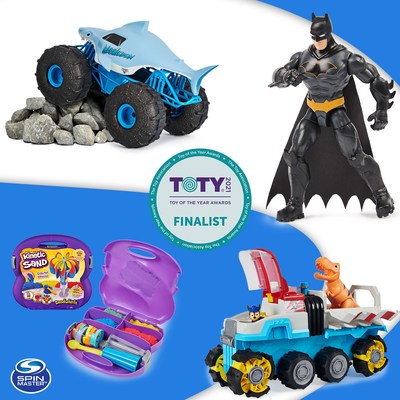 "Innovation is at the heart of everything we do and it is an honor to see Spin Master's beloved brands and licensing partners recognized as finalists for the 2021 TOTY Awards," said Chris Beardall, Spin Master's Executive Vice President of Global Sales. "These nominations reflect our continued commitment to creating the most innovative products across an incredible breadth of toy categories that reimagine where imagination can take us."