Kids Find Fun With "The Touch"

By A. Antonow
February 2007
Some toy designers spend years perfecting their idea and face many rejections, but Anthony Innovations' (ToyShow) Adrian Anthony and her husband, Christopher, garnered almost instant interest and encouragement with their product, The Touch.

“With The Touch game being so near and dear to us and the great feedback we received from educators as well as some noted toy industry professionals, we were encouraged to bring this particular product to life,” Adrian Anthony told TDmonthly Magazine. 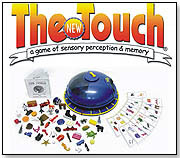 An important stop at the American International Toy Fair in New York City encouraged the Anthonys to sell their game to the public.

“We… felt very welcomed in this industry from the beginning,” said Adrian.

Though The “New” Touch is now an award-winning game that is featured in national media, that does not mean that the road to toy industry success was smooth.

“There were many obstacles,” Adrian confessed to TDmonthly. “We had to build our business from the ground up and needed to learn as much as possible.”

The Problem of Financing 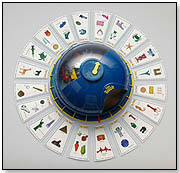 As with many new businesses, one of the main obstacles was simply money. After investing their savings, the Anthonys turned to loans to finance their dream. They also faced the challenge of having only one product in a marketplace dominated by big business.

“It is very difficult to be competitive with only one product in this industry, even though our product has proven to be very successful,” Adrian explained.

All the hard work and investment has paid off, though. The Touch has won awards such as iParenting Media Award, the Seal of Excellence 2006 (from Creative Child Magazine), the 2006 Top Toy of the Year award from Creative Child Magazine, the Seal of Approval from National Parenting Center, Dr. Toy awards, The National Parenting Center Seal of Approval 2002, Best of 2004 Scholastic Instructor Award, and Neighborhood Toy Stores Gold Star Award. The KTVU 24th Annual Great American Toy Test declared The Touch a winner, as well. The product is sold through hundreds of retailers and online.

Adrian is excited about the success that The Touch has enjoyed. 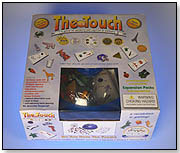 “Our biggest success is that The Touch game markets in so many categories. It does very well as a family game, as well as a learning tool in many fields, such as speech and language therapy, occupational therapy, autism, homeschooling, sight impairment, senior activities and many others,” Adrian explained.

In the future, the Anthonys may expand beyond The Touch. In the meantime, Adrian has a few words of advice for anyone interested in the toy industry: “Research and network. It really helped us to do our homework before we embarked on this path. And the advice and friendships we have made along the way have only strengthened our resolve and commitment."

The "New" Touch by ANTHONY INNOVATIONS

Race against time to find concealed pieces as fascinated opponents look on. Collect interesting play pieces and theme cards for points. Enjoy fast-paced amusement and easy scoring. Develop lightning-fast memory and finger dexterity. It builds confidence and brings family and friends together. The "New" Touch game is an innovative and entertaining fast-paced family table game. This game is a multiple award winner, endorsed by many prominent and respected organizations. It is designed for the whole family, ages 5 and up, although younger children can also play, provided they are supervised. It is a highly interactive educational game for families and schools, and is also beneficial to players with special needs. Playing The Touch develops fine motor and visualization skills, while challenging memory. Adults and children can play in friendly competition on an even playing field. Kids especially love the instant reward of collecting the pieces, and parents will appreciate the educational Fun Facts about each piece. This product received the 2006 Creative Toy Awards Seal of Excellence from Creative Child Magazine and was a 2006 winner of the iParenting Media Award.
— Adrian Anthony of Anthony Innovations described what makes her game stand out: “Its innovative play container, with a built-in timer and observation window is unmatched and provides a truly unique play experience. Additionally, our game includes many more play pieces than our competitors (ours has 49 and others only have 10 or so).” The game can be played with individual players or in teams. (