This assortment includes the Rocket Glider, Steel Titan and Para Glider, all of which can be launched up to 50 feet in the air. All rockets are made from a soft, safe foam and come in “try me” packaging that emits real rocket sounds.
— These rockets were best sellers at Twirl Toystore & Playspace in Taos, N.M., in early 2009, according to Owner Molly McMullin. “These have been on our best-seller list for over a year,” she told TDmonthly. “We always suggest buying two, because they’re so fun to play ‘tag’ with.” (

Jane Jenni's custom-fit personality buttons come assorted in a container of 300 buttons. There are more than 112 designs that describe various personalities. Are you a "queen bee" or a "big cheese"? There's a button to fit nearly everyone, and the colorful and fun buttons can appeal to all ages. The combination of the word and picture to illustrate the phrase is designed to stimulate conversation between generations. "The word and picture illustrations engage the customer, and capture their imagination. The collection of various personalities offers the customer a fun item to give to their assortment of friends and relatives," Designer Jane Jenni told TDmonthly. Launch date: 2004.
— Buttons and pins, including ones from Jane Jenni, were best sellers at Twirl Toystore & Playspace in Taos, N.M., in early 2009, according to Owner Molly McMullin. “We’ve had great success finding both companies and individuals making cute, funny or artsy buttons,” she told TDmonthly. “They’ve been our most consistent seller, and are also great for preteens through young adult.” 3/23/2009 (MSRP: $1.25; Age: 5 and Up)

This 150-piece game set allows kids to construct their own racing system. It includes instructions for 30 raceways as well as track, connectors, loops and two cars in a reusable storage bin with handles and a top that locks.
— Products by DARDA, including this set, are best sellers at Kazoodles in Vancouver, Wash., Co-owner Mary Sisson told TDmonthly in early 2008.
— Racing sets were best sellers at Twirl Toystore & Playspace in Taos, N.M., in early 2009, according to Owner Molly McMullin. “They are a great example of how having a demo out to be played with makes all the difference in selling,” she told TDmonthly. “Our salespeople all love showing people how to get the most effective run out of the pull-back cars.” (

This kit lets kids mix their own natural henna paste and practice the art of “mehndi” (the Indian word for henna body painting). It comes with pre-measured henna solution and henna powder, which are mixed together in a special included cone-shaped plastic bag.  The bag is held together between the palms and the mixture is massaged until smooth, then funneled into a soft-squeeze plastic bottle, which is fitted with an applicator top. Kids who want to trace out elaborate designs can do so using a page of reusable stencils that are applied to the skin with the aid of eucalyptus oil, which is also included.  Easy to use, and helps teach kids how to draw!
—  “[Henna kits] have been a consistent seller from the time we opened [April 2007],” Owner Molly McMullin of Twirl Toystore & Playspace in Taos, N.M., told TDmonthly in early 2009. “They’re another great teen gift, and a fun project to do with kids who think they’re too cool for projects.” 8/9/2005 (MSRP: $15; Age: 9 and Up) 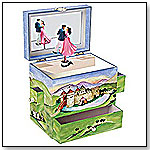 This whimsical jewelry box is painted on all sides with rich watercolors in a scene out of a fairy tale. The main chamber hides a dancing prince and princess that twirl as the enclosed music box plays when the lid is open. The box features a divided, flocked tray, a large drawer in the bottom, and smaller drawers that come out of the sides for sorting out various treasures.
— “Jewelry boxes … the top seller comes from Enchantmints,” David Ekwall, owner of The Wooden Toy in Wethersfield, Conn., told TDmonthly in September 2008 when speaking about best-selling products for tweens.
— “Musical jewelry boxes by Enchantmints,” agreed Diana Nelson, owner of Kazoo & Co. in Denver, Colo., who sells more than two dozen a month. “[They’re] very nostalgic.”
— These music boxes were best sellers at Twirl Toystore & Playspace in Taos, N.M., in early 2009, according to Owner Molly McMullin. “Grandparents love to give these to their granddaughters … a classic we remember receiving as kids,” she said. 9/19/2008 (Age: 5 and Up) 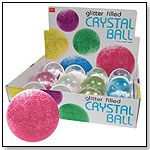 These bouncy balls are filled with glitter that shakes and swirls as they move. They come in assorted colors.
— These balls were on the top-10 best-seller list at Twirl Toystore & Playspace in Taos, N.M., in February 2009. “We brought these in last year after I saw them at MOMA, and they’ve been a best seller ever since,” Owner Molly McMullin told TDmonthly. “People love that they look like crystal balls, and seem fragile, but you can bounce them.” 3/27/2009 (MSRP: $7.99; Age: 5 and Up) 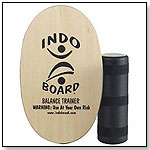 This balance trainer can be used for both fun and serious workouts. It is designed to help develop balance, coordination and increased leg strength, while helping with core fitness. It’s may serve as a good cross trainer for a variety of sports.
— The Indo Board was a best seller for Twirl Toystore & Playspace in Taos, N.M., in February 2009, according to Owner Molly McMullin. “We got these balance boards in for the holidays because our local ski area just began this year allowing snowboarding, and these are great training tools,” she said. “They’re definitely for older kids and adults, but were a hit for the hard-to-buy preteens around.” 3/27/2009 (MSRP: $98.95; Age: 4 to Adult)

This sled is available in assorted colors and measures 22” x 14” x 2”.
— Sleds from ERA Group in Canada were good sellers at Twirl Toystore & Playspace in Taos, N.M. in late 2008. “We had some great snow over the holidays!” Owner Molly McMullin told TDmonthly. 3/27/2009

There are over 1,400 standard baby names available for this license plate collection, with options for special names as well.
— These license plates were named as a top-10 best seller at Twirl Toystore & Playspace in Taos, N.M., in early 2009, according to Owner Molly McMullin. “Families of tourists love them for souvenirs. We had them printed with ‘Twirl-Taos, NM,” she told TDmonthly. “Kids love to see their name on products, and people think they’re a great tie-on for packages. A fellow toy-store owner encouraged me to bring these in, and I am grateful for the advice.”
— “We always sell a bunch of those,” said Molly McMullin, owner of Twirl in Ranchos de Taos, N.M., of her top-selling personalized item, Blue Sabre License Plates.
— Two of 44 storeowners said License Plates from Blue Sabre are their most-wanted personalized item during a September 2010 survey conducted by TDmonthly. 3/27/2009 (MSRP: $3.50; Age: 5 and Up)