Retailers! You Can Give 100+ Specialty Toys to Your Local Schools!

8 Top Manufacturers Already Signed on to Give 800 Toys in New TDmonthly Contest!

By Alison Marek
May 2012
TDmonthly's "2012: A Year of Charity" promotional program is ready for its next round!  This time, Retailers, you'll be competing to give away 100+ top-quality educational toys to your local schools, Headstart programs and children's charities! Already, eight terrific manufacturers have signed up: b. dazzle, inc., FIND IT GAMES, EDUCATION OUTDOORS, MOVING PICTURE BOOKS, CROSSEN CREATIONS, AMAZING SCIENCE DVDs, UNCLE SKUNKLE and now PLAYMAIS! That's 800 educational products worth thousands of dollars that will be making their way to kids in some lucky retailers' neighborhoods this August and September, and more manufacturers are sure to sign on. 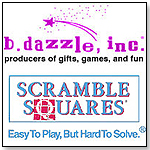 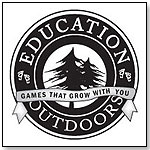 Find out how to enter below!

"There are a lot of children that will be very happy to receive these toys," said Sari gratefully.(See article on her giveaway.)


To win the chance to give away more than 100 educational toys, games and products to your local school systems, Headstart programs and children's charities, please send an email to alison@toydirectory.com with the following information:


YOUR NAME:
STORE NAME:
YEAR FOUNDED:
HOW MANY EVENTS YOU HOLD PER YEAR:
HOW MANY EVENTS ARE COVERED BY YOUR LOCAL MEDIA:
WHAT CHARITIES AND SCHOOLS DO YOU CURRENTLY WORK WITH?
WHY DO YOU WANT TO GIVE TOYS FROM SPECIALTY MANUFACTURERS TO YOUR LOCAL SCHOOLS AND CHARITIES?
IF YOU SHOULD WIN,  WHAT PLANS DO YOU HAVE FOR PROMOTING THIS EVENT TO YOUR CUSTOMERS AND LOCAL PRESS?

Here are some of the toys you will be able to donate to your local schools, if you're chosen as a winning retailer:

Learn fundamental principles of science through Amazing Science Experiments. Viewers learn about electricity, magnetism, heat, temperature, pressure, surface tension, buoyancy, and much more. For every demonstration, a complete materials list is given, and each experiment features multiple camera views so kids can see exactly what happens.  Most importantly, every concept is explained in a step-by-step fashion. Viewers not only be amazed - they'll understand the science behind every experiment. 2/6/2012 (Age: 7 to Adult)

In this human-puzzle game, players use color wristbands to bind their hands and feet to one another, leading to a sticky mess of people. The goal of the game is to crawl, walk, scoot or jump one’s way towards the finish line, all the while maintaining the connections determined by a shake of the Bambooga Shaker. Bambooga is safe and eco-friendly, adhering to "green-" manufacturing practices with second-generation, sustainable bamboo construction. “Bambooga is the result of a social-entrepreneurship project sponsored by Kids Ark Foundation of Thailand,...an organization that hopes to find a solution to the AIDS epidemic in Thailand,” Uncle Skunkle Toys Inc. Marketing and Communications Director Maya Cardoso told TDmonthly. A portion of "the proceeds from the manufacturing of Bambooga [is] recycled back to Kids Ark and [goes] towards projects to raise education and standards of living.” Launch date: April 2008.
Awards: Bambooga is a winner of "Dr. Toy’s 100 Best Picks Children’s Products for 2009" and also won Creative Child Magazine's "Toy of the Year Award" for 2008. Bambooga has also been recognized with a favorable review by The Old Schoolhouse, a magazine for homeschooling families. ( 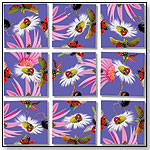 Scramble Squares® are nine-piece puzzles that feature original art and only one solution. They're designed for everyone from age 4 to 104.

Ladybugs are small oval or round beetles whose scientific name is “Coccinellidae” They are known as “ladybirds” in the United Kingdom, Ireland, Australia, Pakistan, South Africa, New Zealand, India, Malta and in some parts of Canada and the United States. “Ladybirds” are known as “ladybugs” elsewherre throughout North America. Scientists increasingly prefer the names “ladybird beetles” or “lady beetles,” because these insects are not true bugs. Lesser-used names for these insects include “ladyclock,” “lady cow” and “lady fly.”
Awards: Dr. Toy's Best Picks Children's Products for 2011. 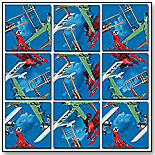 This beautiful "Vintage Airplanes" 9-piece brain teaser puzzle, features the Wright Flyer, the Spirit of St. Louis, the Red Baron´s bi-plane from World War I and the famous B-17 of World War II. It is one of ten Scramble Squares® puzzles honored with Dr. Toy´s Smart Play/Smart Toys Award for 2004 from the Institute for Childhood Resources in San Francisco. Over 100 different styles of Scramble Squares® puzzles are available for collecting and for educational fun for young and old alike. ( 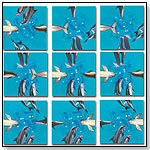 Dolphins are playful, have individual personalities and adapt well to humans, making them a popular sea mammal to kids and adults alike, making for a very enjoyable Scramble Squares® Puzzle. 6/5/2008 (MSRP: $8.95; Age: 4 and Up) 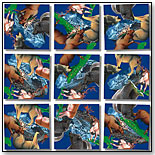 The majesty and unspoiled wilderness of America’s largest state is beautifully depicted in this “Alaska” Scramble Squares 9-piece brain teaser puzzle from b. dazzle, inc., the newest puzzle in b. dazzle’s rapidly growing Scramble Squares line that now exceeds 120 different styles of original art for ages 4 to 104. Scramble Squares teaches patience, perseverance, fine motor schools and critical thinking skills and helps maintain mental agility while providing stimulating entertainment as a either a solitaire game or a cooperative activity. Each puzzle package includes a panel of fascinating facts on the subject of the puzzle, as well as a trivia question and hidden answer, all packaged in a unique and handy resealable clear vinyl pouch, which can be stored easily in a standard 3-ring binder. "Alaska" is among four Scramble Squares® puzzles receiving Dr. Toy's Smart Play/Smart Toys Award for 2006 from the Institute for Childhood Resources in San Francisco. 4/14/2006 (MSRP: $8.95; Age: 4 and Up) 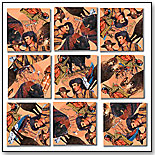 Celebrating the bicentennial of the brave expedition that began the western expansion of the United States, this Scramble Squares® puzzle honors the explorers, their courageous Native American guide and the territory and its wildlife that was discovered enroute to the Pacific Ocean.  2/27/2005 (MSRP: $8.95)

The Magical Rainbow is a magnetized game that takes children on a special adventure through its lands. Players race to a pot of gold, watching out for Paddy the Leprechaun, who on every turn travels from land to land protecting his gold. Throughout the journey players will try to collect gold coins, avoid the Leprechaun and his lucky trinkets, and use strategy to win the game. This game is designed to teach children color recognition, sequencing, patterns, counting, strategy and sharing. "It’s more than a board game, it’s a tool for releasing the imagination in every child," Crossen Creations President Frank Crossen told TDmonthly.
Awards: 2009 Family Choice Award 6/9/2009 (MSRP: $24.99; Age: 4 and Up)

By combining high quality animation, rich narration, sound effects and music, Moving Picture Books provide a fun and educational digital reading experience for children ages 0-7. There are 38 titles — both classic stories and new favorites — each available in English, Spanish and English Read-Along-Text versions. Our books can be purchased as digital downloads, or DVDs. (

Fishing Camp is a game where both children & adults can play & learn fun facts about Fishing. The game is designed to grow with the player, starting at level one questions, which are primarily identification of fish and fishing tackle. As the players increase in their knowledge about Fishing, they grow into the higher level questions. A fun & educational game where parents & children can play to see who catches the first fish and gets back to the docks. Game includes: 1 game board, 200 game cards(400 questions, and 100 fun facts), 1 decoder, 8 game characters, 1 die, 16 level cards, and 1 GPS card. Launch date: 2012. (

The S’mores card game is designed for up to six multi-level players and incorporates both strategy and good old-fashioned fun. The object of the game is to build an edible s’more before your opponents. Players get a higher point value based on the quality of s’more ingredients. The first player to collect all four ingredient cards and call out “S’more!” wins. The S’more card game includes 70, 3" x 5” sturdy playing cards. It is printed with soy-based ink on recycled paper. Launch date: March 2010. (

Camp: The Game That Grows With You by EDUCATION OUTDOORS 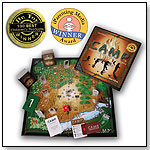 With this Award winning fun and educational game, families can learn facts about the great outdoors. For two to eight players, it includes 200 game cards and is designed to grow with the player, starting with level one questions (primarily animal identification) and progressing to higher level questions. “A vibrant earthtone color palette, full-color photos, interesting playing characters and a cute Camp card decoder” were incorporated to make this family game appealing to both children and adults, Jesse DenHerder, in graphic design/marketing for Education Outdoors, told TDmonthly. “With a game that is true to its vision in content and overall aesthetic, Camp will be a must-have for specialty retailers.” This product is 2007 iParenting Media award and 2007 Dr. Toy 100 Best Products Award winner. Launch date: December 15, 2006. (

Find It Games Starry Night by FIND IT GAMES

"Starry Night", the newest version of the best selling Find It game, has some real "star power." The first Find It® game to feature a custom star shaped container, adding a whole new dimension to game play. The "Starry Night" game features 40 items nestled among the brightly colored pellets, all packaged inside a three dimensional star shape. As an added bonus, many of the items inside glow in the dark which allows for a whole new way to play. Use the enclosed score pad to check off items as you find them in this "contained adventure". Launch date: September 2011. 9/16/2011 (MSRP: $23.00; Age: 8 and Up)

On A Hunt by FIND IT GAMES

This game was designed with the Sportsman, Hunter or Fisherman in mind. Find It – “On A Hunt” is a mini-scavenger hunt. Be the first to find the 48 hidden treasures mixed in with the Camouflage colored pellets and win. Players must look for the Bulls Eye, Arrow, Rope, Fish Hook, Hiking Boot, Dog and, for the Ultimate Sportsman, the BIG GAME hiding in every “Find It – On A Hunt” game.  For 1+ player or teams. 1/19/2011 (MSRP: $20.00; Age: 8 and Up)