Crafts, Blankies and Rockets Create Fun for Everyone

By Julie L. Jones
September 2008
The season for giving is just around the corner, and 66 specialty toy retailers have shared with TDmonthly Magazine which gifts customers most prefer for boys, girls and even babies!

Here's a sneak peek of some of the picks that appear in TDmonthly's three top-10 articles of the most-wanted gifts, available as part of exclusive monthly updates to TDmonthly's 2008 Specialty Toys Report:
Learn how to access them here.

This set includes glass and ceramic beads of various shapes and colors, and an instruction and design booklet, all in a wooden, hand-crafted case with a sliding top. The kit makes 8+ accessories.
— Jewelry-making kits are popular at The Toy Store in Atlanta, Denis Hofstetter said, because “they are a good price point [and] something that lasts.”
— “Jewelry items from Bead Bazaar” are popular buys for girl gifts at Sisters Kids in Springfield, Mass., Co-Owner Diana Gisolfi said. “Girls wear more jewelry in the summer.”
— Four of 66 specialty toy retailers told TDmonthly in summer 2008 that beading kits are top-selling gifts for girls. 8/28/2008 (MSRP: $22.00; Age: 8 and Up) 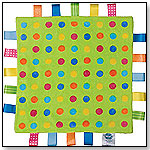 Little Taggies Colours Collection 12” x 12” blankets are made with soft, rich fabrics edged with an array of vibrant, engaging tags, described on the company’s website as “scrumptious to touch.” Colorful patterns include Confetti, Polka Dot fun, Bubbles and Sweet Swirls.
— “A new blanket made of minky fabric — Little Taggies Colours,” is the best-selling baby gift at  Doodlehopper for Kids in Springfield, Va., Manager Gwen Bowden told TDmonthly in July 2080. “They are really soft. We just got them in; we had six and we have one left.”
— “Consumers just want something a little unusual that they can't find in mass market,” explained Kara Fichtner, manager of Out Of The Blue Ltd. in Albuquerque, N.M., whose store does well with Taggies.
— Mike DiAndrea, owner of Hardware Toys in Paoli, Pa. told TDmonthly in Spring 2011 that he sold one dozen Taggies blankets each month.
— Want this? As of 05/06/2011, this product was available for purchase at Hardware Toys. 8/28/2008 (MSRP: $24.95; Age: All Ages)

This launch system features a flex tube that stretches to nearly 3’ and won’t restrict airflow. It only blasts vertically (9 degrees either way), using Metalix™ missiles (three included). The parts store in the base, and the product is also available in Electric Extra Terrestrial Green and Exploding Sun Yellow.
— Two of 66 retailers told TDmonthly in July 2008 that this product is one of their overall best sellers. Five of the 66 named it as a best-selling gift item for boys. Three of 39 retailers listed Blast Pads as their best-selling item for tween boys during an October 2009 survey. “I've been accused of giving them away with how fast I go through them,” Jude Larene, owner of Izilla Toys in Seattle, Wash., said in March 2009.
— “Blast Pads from Marky Sparky were our biggest sellers last year,” Joe Berardoni, owner of Pun’s Toy Shop in Bryn Mawr, Pa., told TDmonthly in spring 2009. Of 47 retailers, two told TDmonthly in June 2009 that Blast Pads top their sales of boys' items, reporting figures of seven to 15 sold per month. "We sell that all year. Every time we get them in we sell out," reported Kim Haynes of Lollipop Toy Store in Dawsonville, Ga., in March 2010.
—‘’We sell at least one per week, sometimes more,’’ said manager Gwen Bowden of Doodlehopper 4 Kids in 1Q 2011.
AWARDS: 2010 TDmonthly Top Seller (