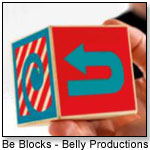 Toy Fair unfailingly has an overwhelming selection of new toys and games every year, which is one reason TDmonthly Magazine brought you daily show reports on our favorite toys and specialty retailers' recommended items. Now, we've narrowed it down to 10 new toys and games from Toy Fair that exhibit superior innovation, creativity and/or high promise for the specialty market.

It's no surprise that in being creatively designed themselves, many of these toys demand creativity from their owners. (How creativity will play into the toy industry in 2010)

MAKE IT YOUR OWN!

Makedo, distributed by Reeves International, offers a system of tools and connectors that invite kids to make anything out of boxes, old magazines, cups ... you get the idea. It's a simple enough concept, but one that fits into the "aspirational" toy trend relayed by TIA, which covers playthings that stimulate children intellectually and emotionally. 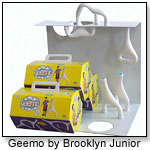 Geemo, from Brooklyn Junior, is another toy that promises free-form play. The flexible, magnetic, interconnectable pieces might leave one asking, "What is it?" But that abstract element alone makes it all the more fun. Waba Fun's Bubber is, like Geemo, a sort of therapeutic product without limits. The modeling compound is so lightweight and tactilely distinct that it fascinates before play even begins.

Be Blocks by Belly Productions are more straightforward but afford children creative license to design their own keepsake bamboo blocks. TDmonthly appreciated the clean presentation of this product, as well as the artistic factor brought to such a childhood staple.

The brand new Morphology game caught the eye of several specialty retailers for its open-ended elements and creative factor. It's sure to invoke laughter and surprise as players use random objects to construct their own representation of any given word.

Mindtwister USA's no newcomer to the market, but its multi-player version of the best-selling, twist-and-play Pentago is destined to pick up a lot of steam when it launches this month. In short, the game pairs an inventive strategy challenge with flawless design.

Fun and games go outdoors, too, following the ever-important "active" trend — also covered by TIA — that's crucial for both our bodies and brains. 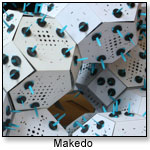 OgoSport invites kids to construct their own sturdy, bouncy structures out of bright, interchangeable pieces. This build-and-play model is something that's appearing in several product categories — think Bandai's Harumika fashion line, numerous decorate-your-own cardboard houses, and even board games that require a player to determine the rules or setup.

One of the hottest attractions at Toy Fair was the Gibbon Slacklines booth, where athletes demonstrated the art of slacklining — walking, hopping and flipping on a tightrope-like, tension-slung woven line. It offers a fun, sport-like activity for kids and even families, but beware: the ability to balance is a must!

And speaking of balance, there's no denying the increasing number of balance bikes crowding the market, but what about a single wheel that eliminates the need for training wheels? That's where Gyrobike comes in with its battery-operated Gyrowheel that replaces the front tire on a child's bicycle and instinctively recenters the bike when it starts to wobble.

Kamhi World's Vamplets don't easily fit into a prominent Toy Fair trend, but they do play on a growing, Twilight-inspired goth theme in the overall tween market. Just take a look at IDEX's dark side for some examples. The surprise with this line is that, likely, no one expected baby vampires ... and even if they did, who knew they'd turn out so cute? 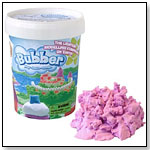 Bubber feels light as air and fluffy as a cloud. It's so light that it actually floats on water. Discover the joy of carving in a soft compound that leaves clean, sharp lines and amazing imprints. Bubber is non-toxic, leaves no stain or residue and never dries out, so you can play with it over and over. Watch Bubber: Top-5 Video, Toy Fair 2010
— "We came upon it today for the first time and ordered it promptly. The basic bucket sells for about $12.99 and comes in several colors," Joe Mitchell, owner of YoYo Joe's Toys & Fun, told TDmonthly at Toy Fair 2010. (

This multi-dimension, multi-player version of the strategy game Pentago accommodates two, three or four players. Two players can play using one or two colors each, and in games with additional participants, players can choose to play as individuals or in teams.  Launch date: March 1, 2010.
— A top pick, retailer Kate Tanner, owner of Kidstop Toys, informed TDmonthly at Toy Fair 2010. ( 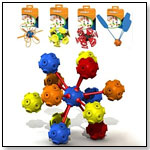 This set combines a fun construction toy with active play. It includes colorful interchangeable pieces to create sculptures that can then be tossed around and thrown on the ground both indoors and out. Watch OgoBild: Top-5 Video, Toy Fair 2010 (

Designed by Cas Holman (born 1974), Geemo is a grabby, stretchy, quirky companion designed to occupy a child's mind as much as his hands. This playful building block for the imagination was sold in Geemanisms (sets) of five. Geemo's flexible, magnetic limbs grab and repel each other in unpredictable ways. As Geemo comes to life in one's hands, she can build, discover, create and imagine with freedom. Awards: Conduit Brave New Design 2005. Launch date: October 2006. Geemo was invented while Holman was pursuing her MFA at Cranbrook, and launched at the NY MoMA Design Store in 2007. It has since won numerous awards and shown in design and toy fairs in Moscow, Tokyo,Seoul, New York, Hamburg and Riyadh, Saudi Arabia.   She is a professor of industrial design at  Rhode Island School of Design. Previously she was a professor at Syracuse University. Holman also invented Rigamajig, a 263-piece building kit for classrooms. (Amazon) Holman was the subject of an episode of the Netflix series Abstract: The Art of Design titled "Cas Holman: Design for Play," focusing on her design philosophies.
Visit for videos on Cas Holman: https://www.toydirectory.com/Geemo-2020.asp

makedo™ - Kit for One by REEVES INTL. INC.

Encouraging kids to reuse, recycle and be creative, makedo kits include connectors that help fashion masterpieces out of cardboard and other objects. The Kit for One houses 69 pieces, including 30 pins, 30 clips, eight hinges, a construction tool and an inspiration poster. Watch makedo: Top-5 Video, Toy Fair 2010
— John MacDougall, owner of Golden Apple Learning Store in Pleasanton, Calif., thought the makedo line "clever" at Toy Fair 2010.
— Susan Stephenson, The Book Chook, called Makedo “beautifully thought out.” Although she found the cutting tool less effective than scissors, she loved the value and limitless possibilities of a set that uses what would otherwise be junk.
— Makedo was a Readers’ Choice Winner for TreeHugger’s Best of Green Awards. 2/17/2010 (Age: 5 and Up)

Be Blocks by BELLY PRODUCTIONS 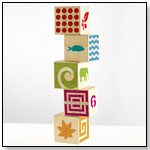 These blocks were created for parents as concerned as their child's development as the environment they will inherit. They are made from 100-percent renewable bamboo, as is the storage box. They can be decorated by kids using non-toxic Be Block markers. The stencils are made from partially recycled polyester. All the paper and packaging is partially or completely recycled. The set comes with 18 blocks, eight markers, more than 100 stencils and an idea booklet. They're perfect for “people who want to design everything,” Founder Leah Hamilton told TDmonthly. A percentage of the proceeds funds arts education. Watch Be Blocks: Top-5 Video, Toy Fair 2010. 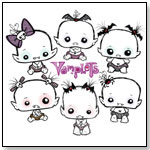 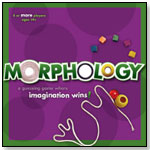 Morphology is a fun, creative and challenging party board game combining simple shapes, imagination and creativity. Using wooden sticks, glass beads and colored cubes how would players create a butterflyť? or airplaneť? The game challenges players to do just that, even with their eyes closed or using only the string. Morphology takes unique twists and turns throughout the game. Awards — 2011 About.com Readers' Choice award: Best Party Game of 2010; 2010 TIME Magazine's #2 Toy of the Year; 2010 Chicago Tribune Top Ten Game to Get a Party Started; 2010 Games' Magazine top 100 list; Top Party Board Game Nominee; 2010 TDmonthly Top Toys at Toy Fair; 2010 ASTRA Top Toys at Toy Fair 2/15/2010 (MSRP: $29.99; Age: 13 and Up)

Designed as an alternative to training wheels, the Gyrowheel senses imbalanced riding and recenters the bicycle once it begins to wobble. This effect is accomplished by an interior disk that spins independently of the wheel to stabilize the bike even at very low speeds. It installs quickly with a wrench and has a simple on/off button, three stability settings, rechargeable batteries, and light and sound indicators. The 12" Gyrowheel is available in black and white. Watch Demo Video; Watch Gyrowheel: Top-5 Video, Toy Fair 2010
— John MacDougall, owner of Golden Apple Learning Store in Pleasanton, Calif., was impressed with this product at Toy Fair 2010. It's "a step up from a balance bike with a gyro that keeps balance without training wheels. Tech + Bike = Perfect," he said. (