Naughty Online-Plush Gets Its Comeuppance

Clean up your act, was the message Ty’s Ty Girlz got from irate consumers and retailers, who told TDmonthly Magazine they disapproved of the plush-online doll’s Bratz-like face and skimpy clothing.

The makers of the modern ragdolls capitulated, rounding out the dolls’ almond eyes and parting their little embroidered lips to change their expression from “woman-of-the-world” to “girl-who-hasn’t-been-there-yet.” 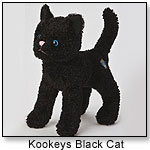 There’s a limit to how far retailers will be pushed by plush, TDmonthly has learned. Toy-store owners have talked about suing Ganz for foisting unwanted products on them in the midst of the Webkinz craze (and according to a retailer, one may already have), quickly spread the bad word about 10Vox’s viral marketing campaign for Kookeys (read Kookeys Aim for Webkinz Jugular and see retailers’ comments below that article), and refused to order the vamp version of Ty Girlz. They’re also ho-hum about Russ Berrie’s Shining Stars, which have largely fizzled out in specialty shops since they hit the mass market.

After hearing retailers' complaints about their marketing campaign, which they said took directions they hadn't anticipated, 10Vox fired the people responsible, co-owner Alex Reece assured TDmonthly. And, of course, Ty Girlz toned down the kohl.

Kids, too, have their breaking points. The unexplained shortages of  Webkinz over the spring and summer and subsequent glut led to a predicted slow-down in the specialty market that may continue in some stores through Christmas (most toy-store owners, though, predict that Webkinz sales will be stupdenous again).

“They weren’t selling and the company kept raising the prices,” explained Katie Taylor, the manager of World of Mirth in Richmond, Va., whose store dropped Webkinz altogether. “They are more of a gimmick than a toy.”

So is the online-plush phenomenon over? Or will the holiday spirit of forgiveness extend to toy companies? 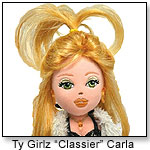 “[Ty Girlz] look more wholesome and I’m sure those will sell over the holidays,” predicted Melody Ingwersen, owner of Creative Kids in Greenville, S.C.

Most toy-store owners told TDmonthly that Webkinz would be “hot” for the holidays, even though the plush is now available in such outlets as J.C. Penney and Wal-Mart. And with continuous YouTube posts by kids showing off their new Webkinz, plus the upcoming Webkinz figurines (unconfirmed as of 12-4-07), odds are the ubiquitous characters will be simmering for awhile.

As for Kookeys, eight retailers were planning on bringing in the new online plush and two already had them.

“Kookeys are going well for me,” said Katie Frederick, owner of The Wooden Rainbow in Cedar Rapids, Iowa. “We do Webkinz, too.”

And Bella Sara, an online trading-card game with horses, has just released new plush toys, too.

But once the holidays are over and sales simmer down?

“[Ganz’s] greed will cost them many long-time customers,” predicted privateyes2038 on TDmonthly’s Forums. “I have already decided [I will] wash my hands of them.”

And here are the scandalous toys:

Ty Girlz have a new, more wholesome look that should appeal to worried moms everywhere. Though they’re still eye-shadowed, their general expression says more “girl next door” than “girl on the corner.” They still come with an access code for good, clean online fun.
— “We carry Ty Girlz, but they don’t do well,” sighed Joyce Hoover, owner of Doll and Gift Gallery in Rogers, Ariz., in January 2008. She hoped the new line of clothes she’d received recently would improve sales.
— Tricia Cooper, buyer at Le Jouet in Metairie, La., was looking forward to the dolls’ revamped non-vamp look: “They’re more wholesome-looking girls and I think they’ll do much better,” she said. Ty has also just released new poseable Girlz.
— Ty Girlz are one of the three most popular dolls at Playville in Covington, La., according to Owner Stephanie Dupuy. 11/13/2007 (MSRP: $12.00; Age: 6 and Up)

This 14” soft-sculpt doll is dressed in the latest trend-setting fashions that can be mixed and matched, and each Ty Girlz outfit comes with complementary accessories. The dolls have soft, realistic hair that can be easily combed and styled in numerous ways. Their clothes, hair and makeup are coordinated in monochromatic hues for a distinctive look, and the dolls are accompanied by a 3-D interactive virtual world. Launch date: July 2007. 8/9/2007 (MSRP: $12.00; Age: 6 and Up) 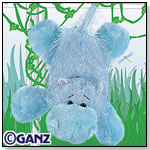 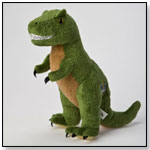 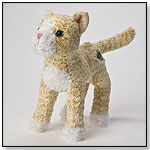 This cuddly kitty holds the key to an online world filled with games and rewards. ( 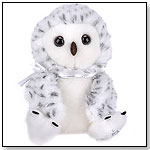